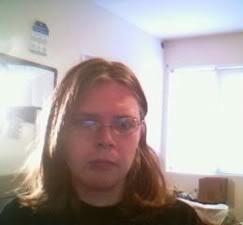 Ava has worked as a writer, director, and producer in several media. She has also made a number of media appearances and performed in Internet TV stations.

Queen of the Willis

Ava is the voice of gift saleswoman Aeverine Melanie Florence “Ava” Willis, talking lobster Heather Willis, and evil pets Tabby and Shushu in the animated sitcom depicting the lives of a mainly transgendered family. It premiered at 7:00 PM on August 12, 2006. The series originally ended in June 2012 and was revived on March 1, 2019. The comic strip version was briefly revived in 2021.

Ava created Amanda and Elisa in 2004. She was the voice of the main characters.
Premiered on ATE Media Corp. stations in 2004.

Short-lived comic strip which later became the forerunner to Queen of the Willis.

NOTE: As of January 4, 2021, Ava retired from her role as Principal Webmaster after 21 1/2 years and is currently semi-retired.

Website franchise OWNED and OPERATED by Ava Zinn promoting votes for female contestants on American Idol and The Voice.
Episodes are hosted on YouTube.
Established 4/28/2010 in the United States (voteforthegirls.us, later voteforthegirls.avazinn.com) and closed 5/23/2021
Established 6/1/2013 and Closed 1/3/2016 in the United Kingdom
Established 7/1/2015 and Closed 12/1/2015 in Australia
Franchise available in other countries.

Documents the latest changes in Indiana Television. Originally covered only Indianapolis and Fort Wayne markets. Also included a web forum and wiki. As of 2014, there have been occasional crossovers with both AvaZinn.com and Vote for the Girls USA.
The video is hosted on YouTube.
Established 11/1/1999
Closed 6/30/2011
Revived 12/28/2014